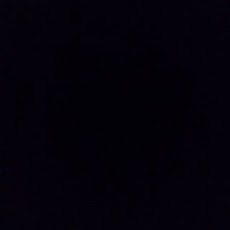 The new promotion—the first of its kind in NBA history—provided all blind patrons with free obstructed-view seats, 50% off all misprinted Timberwolves apparel, a private meet-and-greet with a man claiming to be team owner Glen Taylor, and all-you-can-eat Snausages for all seeing-eye dogs in attendance.

“For quite some time now, the Timberwolves have been putting a remarkably unwatchable product out to consumers,” said Melissa Martell, Timberwolves VP of Marketing. “We figured it was time to reach out to a demographic that could enjoy the game without having to actually see the atrocities taking place on the court. After all, hearing bad basketball isn’t nearly as haunting as seeing it.”

Many of the vision-impaired fans who were initially apprehensive about attending a raucous, ear-shattering professional sporting event were immediately put at ease by the complete lack of enthusiasm and fan engagement that is a staple of Timberwolves’ games.

“I was blown away by how peaceful and relaxing the experience was,” said Gerald Mischner, blind since birth. “It was so quiet in the arena that I thought I’d been led into an empty warehouse and left to die. I had no idea there was a game going on right in front of me. Thanks, Timberwolves!”

Averaging just over 13,000 fans per game—last in the NBA—the 6-31 Timberwolves have been forced to test a variety of ticket promotions this season in order to attract more fans, with mixed levels of success. “Moonshadow Night” successfully drew all Cat Stevens fans in Minnesota to a November 14th game against the Sacramento Kings. Unfortunately, it only resulted in 14 new tickets sold. Conversely, the “#BlackLivesMatter Night” promotion resulted in a sold out game against the Philadelphia 76ers on December 20th. While the game was eventually cancelled when fans stormed the court prior to tip-off and refused to leave, coach Flip Saunders was able to use the protesters as an example for his team on how they should keep their arms up on defense.

Thursday night’s promotion provided fans—blind and otherwise—with a much-needed distraction from the Timberwolves’ struggles on the court. Shortly after Andrew Wiggins dribbled the ball off his foot, fans erupted in laughter when Crunch, the Timberwolves mascot, was seen on the Jumbotron placing a foam finger on the end of an unsuspecting blind fan’s walking cane. Then, following an air ball by forward Thad Young, the Timberwolves dance team wowed the crowd with a sexually charged routine to “Blinded by the Light” by Manfred Mann.

Another especially well-received portion of the evening took place during halftime, when blind ticketholder Maurice Balleau was randomly selected from the crowd to shoot a half-court shot with a chance to win $100,000. He missed.

While largely viewed as a success, “Blind Appreciation Night” did have its share of speed bumps. Many blind fans seemed confused throughout the game, cheering when the other team scored and kissing complete strangers during the Kiss Cam. Additionally, one unsuspecting blind woman needed medical attention after being struck in the face by a t-shirt fired from a compressed-air cannon, while three other vision-impaired patrons were reportedly mugged by injured Timberwolves point guard Ricky Rubio during a second half intermission.

Mishaps aside, Timberwolves’ executives were pleased with the turnout, opening the door for similar types of promotions in the near future.

“We were absolutely ecstatic with the number of new fans who were exposed to the Timberwolves experience tonight,” said Martell. “I see no reason why we can’t extend this type of promotional opportunity to other differently abled populations in our community in the future. Aside from albinos and people with speech impediments, we want to see all Minnesotans at our games!”