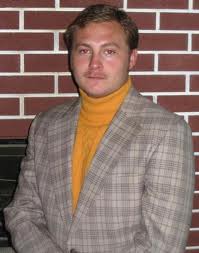 It’s that time once again. Election Day. The time when residents from across Broward County muster all of their courage and convictions as they engage in the purest of civic duties—voting.

Unfortunately for those heroic citizens, each and every one will enter their respective voting booths on Tuesday dead-set on electing a true visionary for the role of District 2 Soil and Water Conservation Supervisor, only to find my name resting ominously on the ballot. That fucking sucks.

That’s right, despite completing a never-ending series of bureaucratic procedures to remove my name from the re-election process for the fourth straight time, the powers-that-be have decided to keep me on this year’s ballot.

The truth is, I’m not sure how I keep ending up on the ballot every three years. Hell, I’m not sure how I ended up on the ballot the first time around. Sure, I know what soil is. Hell, if pressed, I’d like to think I’d be able to tell good soil from bad soil. And as far as water goes, I drink the stuff every day. I find it downright refreshing. Conserving them, though? Now that’s another story altogether.

So, why the fuck do I keep running and winning? If I knew that, don’t you think I’d have remedied the situation by now? Maybe some asshole jock from high school routed a petition to put my name on the ballot without my knowledge. Maybe the previous supervisor is setting me up for a fall. Or maybe God is punishing me for not believing in him anymore. At this point, I don’t really care how it keeps happening. I just want it to stop.

Truth be told, I can barely function right now in my day-to-day life. Between breaking my ankle at Whole Foods last month and getting into a fight with my girlfriend Darcy over how much money she spends on teeth whitening products, I barely have time to read my electric bill, let alone the latest soil erosion charts. And if there’s one thing I’ve learned throughout my years in this God-forsaken office, it’s this: a man who is behind on his soil erosion charts probably hasn’t even cracked open the yearly drinking water purification standards.

You may be asking “What’s your point, Stan?” Super valid question. I’m writing you today to ask that you stop voting for me. Not a lot to ask, is it? I know my name is the only name on the ballot, but there are still plenty of options available to you. For instance, you could write in a name. Clark Kent. Barry Bonds. Lady GaGa. It doesn’t matter, as long as you don’t write my name.

Or you could just leave that portion of the ballot blank. The mark of a truly responsible voter is when they abstain from voting for or against a candidate for whom they know little or nothing about. Just forget what you’ve read prior to this point and pretend you know nothing about me. I won’t tell, and I promise to track down and silence anyone who would dare threaten to rat on you.

In closing, I’m really sick and tired of this shit. I don’t know what the hell I’m doing on any single day, the city council members are constantly replacing my Vitamin Water with a mixture of pickle juice and cat urine at our monthly meetings, and the stress of the job has caused my pubic hair to turn gray. Not sure how, but trust me, it looks like I’ve got Santa Claus’s head sewn to my crotch.

So, on Election Day, when your heart is filled with the pride that only a white American male can understand, please choose to NOT vote for Stan Metzler for District 2 Soil and Water Conservation Supervisor. You’ll be doing Broward County, your environment, and me, Stan Metzler, a huge favor.