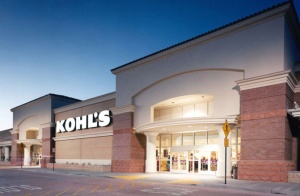 Menomonee Falls, WI – Kohl’s employees nationwide are preparing for what many retail experts believe to be the most ambitious one-time-only sale in the Wisconsin-based retail giant’s very recent history.

Taking place from September 30 – October 2, the first-ever Six Weeks Until The Weekend Before Black Friday Super Bonus Savings Extraveganza Sale has employees and customers alike on the edge of their seats.

“We are pleased to announce that, for only the second time in the past ten days, Kohl’s will be holding a one-time-only sale of mega-proportions,” said Annette Zellner, the company’s Director of Communications. “Discounts will be so big that customers NOT buying something very well could see a big hit on their credit reports.”

While the full details of the sale have yet to be announced, sources inside Kohl’s have revealed several of the monumental sale’s highlights, including 40-50% off all men’s designer pleated socks and see-through tank tops and exclusive “Buy One, Get Five Free” savings on the company’s new Obesity Bear line of plus-size clothing for toddlers. Shoppers are also expected to receive an additional 83% off already-reduced clearance pricing when they use their Kohl’s charge card.

“I can’t begin to tell you how excited I am for this sale!” said Jennifer Grainger, a Kohl’s regular from Fargo, ND. “I saved over $1,300 at their sale last week, and all I bought was a scented candle and two bras on clearance.”

Following closely on the heels of their wildly successful Two-Day-Only, Third-To-Last Amazotastic Clearance Bonanza Sale of the Summer, this latest sales venture is expected to break all previous store attendance records. Those projections, combined with the company’s liquidation of the employee pension fund, caused Kohl’s stock to jump by nearly three points as of the close of the market Tuesday. The positive momentum has many members of the company’s executive board feeling optimistic for a wildly successful weekend for both the company and its customers.

“Why shouldn’t we all be excited? Never before at this exact time of year have Kohl’s customers been exposed to such incredible savings,” said Kohl’s CEO Tom Alberton. “I only hope people will find a way to get to the store before this one-time sale ends. Missing out now could mean they’ll have to wait upwards of three to four days before we get anywhere near these savings again.”

Other promotions rumored to be taking place during the sale include the injection of ‘Microsales’ directly into customers’ bloodstreams to provide further discounts on a molecular level. Additionally, Kohl’s is said to be considering giving select ethnic minority customers 5% off future purchases simply for renouncing their god over the store paging system. Company attorneys would not confirm or deny the inclusion of either promotion.

While the enthusiasm within the Kohl’s world is visibly high, many industry experts have expressed doubts about the sustainability of the company’s steep discounting week after week.

“After taking a closer look at the announced sale items, coupled with the additional discounts and charge card usage bonuses, there are literally only three items in the entire store that will cost more than three dollars,” said Perry Leighton, managing editor at Attention Shoppers, a leading retail trade publication. “In fact, we’ve calculated that over 70% of the transactions occurring over this weekend’s sale will result in Kohl’s paying the customer some amount of cash out of the register. It’s simply not sustainable business.”

Representatives from JCPenney, Kohl’s closest rival in the mid-level retail market, have also levied complaints as the validity of the claims detailed in many of Kohls’ recent sale advertisements.

“Put simply, Kohl’s sales and advertising practices have become dangerously casual and unverifiable,” said Anthony Colvin, VP of Sales and Marketing for JCPenney. “Just last week their newspaper ad promised customers free Kharma for a year with a purchase of equal or lesser value. What the fuck does that even mean?”

Despite the criticism from others within the industry, Kohl’s management sees their latest one-time-only sale as a way to not only provide consumers with quality products at rock-bottom prices, but also an opportunity to give back to the community.

“If you listen to both our competition and the right-wing retail media, all you’ll hear about is ‘sales this’ and ‘revenue that’”, says Alberton. “What you won’t hear them talking about is the fact that Kohl’s will be donating a portion of this weekend’s sales proceeds to those injured in the tragic housewares stampede that took place during the Everything You Need For The Rarely Talked About Season Between Spring And Summer Sale.”