Chicago, IL – A previously classified video tying Family Matters‘ star Steve Urkel to an attempted hijacking of a Delta Airlines flight in early 2010 was released to the public by WikiLeaks on Wednesday.

The shocking video, which was distributed to news outlets across the globe, shows a suspender-clad Urkel in handcuffs while TSA agents at Chicago’s O’Hare International Airport attempt to defuse a homemade bomb found in his carry-on bag. The bomb was rendered useless moments later.

The video also displays the intense questioning of Urkel by FBI and Department of Homeland Security officials. According to sources who have seen the video in its entirety, Urkel is shown humorously denying any knowledge of the existence of the explosive device in his bag, repeating his famous catch-phrase “Did I do that?”

In recent weeks, critics had wondered whether WikiLeaks, the new media non-profit organization known for publishing classified media from anonymous news sources, would be able to follow up their recent headline-grabbing release of classified U.S. diplomatic cables. The Urkel video is widely viewed as yet another scoop for the burgeoning news web site.

Steven Quincy Urkel, born and raised in Chicago, attended Vanderbilt High School in the mid-90s, excelling in a variety of subjects. In particular, though, Urkel showed an acumen for science, having won dozens of science fairs and successfully created a machine that could transform him into a suave, sexy version of his otherwise nerdy self. After graduation, however, Urkel’s behavior was described by a number of acquaintances as “erratic.”

“As Urkel went through puberty and his voice changed, he became more of a loose cannon,” said family friend Milton Barrett. “One day he was this quirky, clutzy goofball who could capture a room simply by doing his Urkel dance. The next thing you know he was freebasing oxycontin and having unprotected sex with gypsies. It was like he had snapped.” 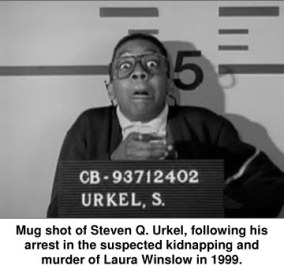 Then, on June 21, 1999, Urkel was named the prime suspect in the disappearance of Laura Winslow, his neighbor and the longtime target of a disturbing and obsessive crush. Despite several pieces of evidence linking Urkel to Winslow’s disappearance and suspected murder (Winslow’s body was never found), all charges were dropped due to suspected witness tampering discovered during pretrial testimony.

After his release from custody, family members reported that Urkel drifted even further towards the fringes of American society, having joined the Chicago chapter of the Taliban. By April of 2000, Urkel had fallen completely off the radar of local authorities.

While, at first glance, the new video proves to be damning evidence as to Urkel’s role in the attempted terrorist attack, many have compared WikiLeaks’ early release of the video to a “guilty verdict without a trial” for Urkel.

Julian Assange, spokesman for WikiLeaks, stood by the organization’s decision to release the video, despite concerns from several high-ranking GOP lawmakers that the video’s release provides terrorist organizations with valuable information regarding how to use TV sidekicks as weapons of mass destruction.

“The U.S. people deserve to know the full truth about the lengths that many of these terrorist organizations are willing to go,” said Assange, currently wanted for questioning in Sweden regarding alleged sexual offenses. “They also deserve to know why the American government would allow this very unstable young man to take his plans as far as he did. Based on the staggering number of accidents he had caused in the Winslow household alone in the 90s, Mr. Urkel should not have been allowed within ten miles of an airport.” 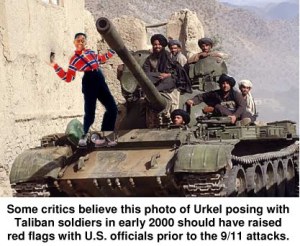 Assange’s claims that Urkel presented an undeniable threat prior to the recent hijacking attempt.

“There was no way to know that Mr. Urkel was capable of this type of threat,” said Debellis. “After analyzing the intelligence available to us, as well as watching all nine seasons of Family Matters on DVD, we came to the conclusion that the worst damage Mr. Urkel could inflict upon the plane’s crew or passengers was to knock over a stack of dinner plates or close an overhead compartment on somebody’s hand. It most likely would’ve been hilarious.”

While Urkel remains in custody pending a trial, Assange believes Department of Homeland Security officials would be misguided in focusing too much of their attention on Urkel, at the expense of leaving dozens of other suspects unchecked.

“If I was an American intelligence agent, I’d be following Urkel’s profile to find the next big threat,” said a fully nude Assange. “I heard that the comedian with cerebral palsy (Geri) from Facts of Life is still ticked that her comedy career tanked. And everybody knows that Dudley from Different Strokes still hasn’t gotten over Mr. D convincing him to drop those sexual assault charges against that bike shop owner.”

In related news, the remaining cast members of Family Matters are all available for work.